What is Time Sensitive Networking? 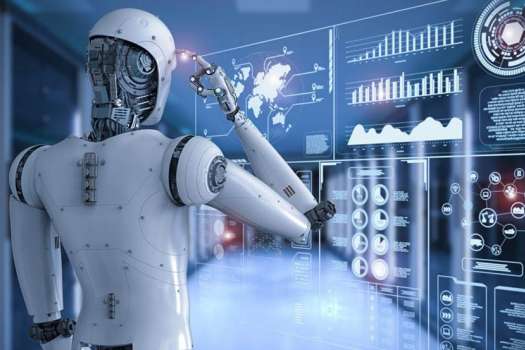 Ethernet has been serving network operators for nearly three decades, but its most "revolutionary" leap is emerging now.

The new technology enhancement is called “Time-Sensitive Networking (TSN).” Although its strong value-adding functions are still being proved out (very successfully!) in testbed and demo networks, real-world network operators can begin benefiting from the technology right away.

I like to think of Time Sensitive Networking as “Ethernet Plus” because it is not so much a “brand new” protocol as it is an enhancement to Ethernet. TSN stands on the shoulders of something very effective and successful and makes it even more so.

A key value-add that TSN brings to industrial applications is the ability to drive unification of networks that were, out of necessity, separate in the past, so users can enjoy cost savings as well as performance improvements. TSN is capable of distinguishing traffic, assigning individual packets with different priorities and sending each stream over the network while observing their individual timing constraints. So, for example, you can have critical traffic like motion control that has precise real-time demands and traffic such as bandwidth-consuming file transfers without real-time demands running simultaneously on the same network at the same time without interfering with each other. Different applications, different priorities, same time, same network—and all with timely delivery guarantees as needed. That’s the TSN (r)evolution.

And there’s more. Users of Ethernet systems with vendor-specific real-time extensions have long been displeased about the necessity of being locked into proprietary equipment fleets over the long term, since products and protocol extensions are not interoperable. With TSN, that challenge will become a thing of the past. TSN is vendor agnostic, with full interoperability amongst components. In fact, I’ve seen that most major vendors of automation equipment are adopting the standard fully and will be migrating away from proprietary Ethernet solutions.

Without being burdened with the responsibility of choosing a single vendor that one would have to commit to “forever,” network operators don’t have to play a waiting game to see which vendors are offering what. They can start slow with TSN and build. In fact, in many ways TSN is designed to do just that. I look at it as a group of standards, a collection of puzzle pieces that you can join together in different configurations, adding good capability enhancements now and adding more pieces later for even greater capability enhancements over time. Moreover, TSN is well-suited to a “brown field” approach. That is, you don’t even have to start with a new network—you can readily layer capabilities on to your existing Ethernet networks simply by adding on or replacing switches and updating firmware. TSN is flexible and customizable to your needs.

With all TSN vendors following the same standards and being interoperable in communication, differentiation between the providers will be present in different relative levels of quality, performance and usability. Belden is one of the first out of the gate with true TSN-ready products, such as Hirschmann Industrial Ethernet Switches. They distinguish themselves, I believe, for the flexibility of their configurability as well as the fact that the instrumentation is extremely precise (down to the microsecond level) and the time synchronization capabilities are excellent. These latter two characteristics are perhaps especially noteworthy being that the Ethernet enhancements are called “Time-Sensitive Networking.”

Belden representatives have been involved with the TSN standard since its original conception—way back in 2010 and even before that in early discussions. At that time it was known as “Audio Video Bridging Generation 2.” Once it was identified as a starting point for a major evolution for Ethernet in industrial automation networks, Belden worked with several key industry partners to help pack more and more capability into the flexible standards. To codify some of our learnings for even the most inexperienced, Belden has developed a TSN primer called “TSN for Dummies.” The 50 page book is a quick read and chock full of information. Download a free copy through the link below.