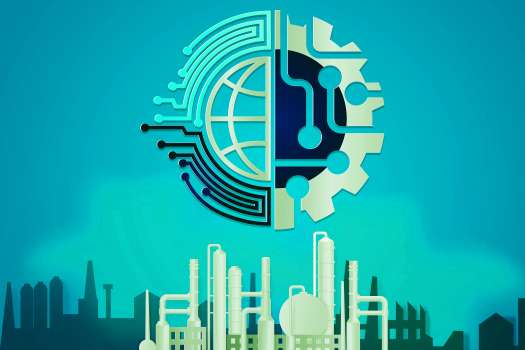 IIoT definitions at your fingertips

When delving into the Industrial Internet of Things (IIoT), it's important to have a solid understanding of all of the acronyms commonly used. Here's a quick reference of the primary IIoT acronyms.

File transfer protocol (FTP) is a standard network protocol for moving computer files between a client and server on a computer network, and is founded on a client-server model architecture using separate data and control connections. FTP can run in active or passive modes, which determines how the data connection is established.

Hypertext transfer protocol (HTTP) is the application protocol for distributed, collaborative hypermedia information systems. HTTP is the foundation of data communication on the web, where hypertext documents include hyperlinks to other resources that users can access.

JavaScript object notation (JSON) is an open-standard, language-independent data file format that uses readable text to send data objects made of attribute-value pairs and array data types or other values that can be serialized. It's a common format used for asynchronous browser/server communications, and many programming languages include code to generate and parse JSON-format data.

Message queuing telemetry transport (MQTT) is a publish-subscribe protocol that uses message-brokering to let clients communicate with a server. It runs atop TCP/IP, is standardized as ISO/IEC PRF 20922, and links distributed devices with small amounts of programming and/or runs on lower-capacity networks. Every MQTT client can reach the broker, and each can publish data or subscribe to it. The protocol doesn't offer security functions, but these can be done at the TCP/IP level.

Node-RED is a flow-based development tool for visual programming originally created by IBM for wiring together hardware devices, APIs and online services as part of the IoT. Node-RED provides a browser-based flow editor that's used to create JavaScript functions. Application elements can be saved or shared for reuse. Flows created in Node-RED are stored using JSON, and MQTT nodes can make properly configured TLS connections.