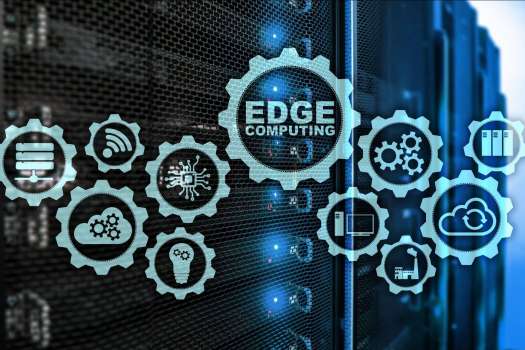 The third part of the article "Successful edge calculations"

Not surprisingly, once computing and control reach the edge, they don't settle down, but keep right on exercising their newfound flexibility in increasingly mobile applications.

Each unit has a diesel generator and pumps controlled by a genset controller that talks Modbus/TCP, so netDNA added a groov EPIC edge-programmable industrial controller from Opto 22 and I/O modules to each trailer. The analog inputs monitor discharge levels and suction, while digital inputs monitor flowmeters, and mechanical relay outputs open and close pumps in response to the genset controller.

Equipped with its own device firewall for data security, groov EPIC pulls data from the genset controller, including rpms and associated telemetry, and publishes it to a central broker/server using Node-RED built-in, open-source programming tool and MQTT publish-subscribe communications protocol. Data that groov EPIC publishes is device-originated behind its own firewall, so no inbound port modifications need to be made. Once it makes the connection with the broker, any return data groov EPIC subscribes to is received securely over the same connection. This allows multiple pumps to respond to commands within a second.

Using groov EPIC and other IIoT tools, netDNA CEO Dan Arbeau reports it only took three weeks from initial hardware design to build a full system ready for pump control. And, thanks to netDNA, New Wave can offer users monitoring and control that’s faster and less expensive than the competition. Six trailer-mounted units were operating by June 2019 with several more in the works (Figure 1). 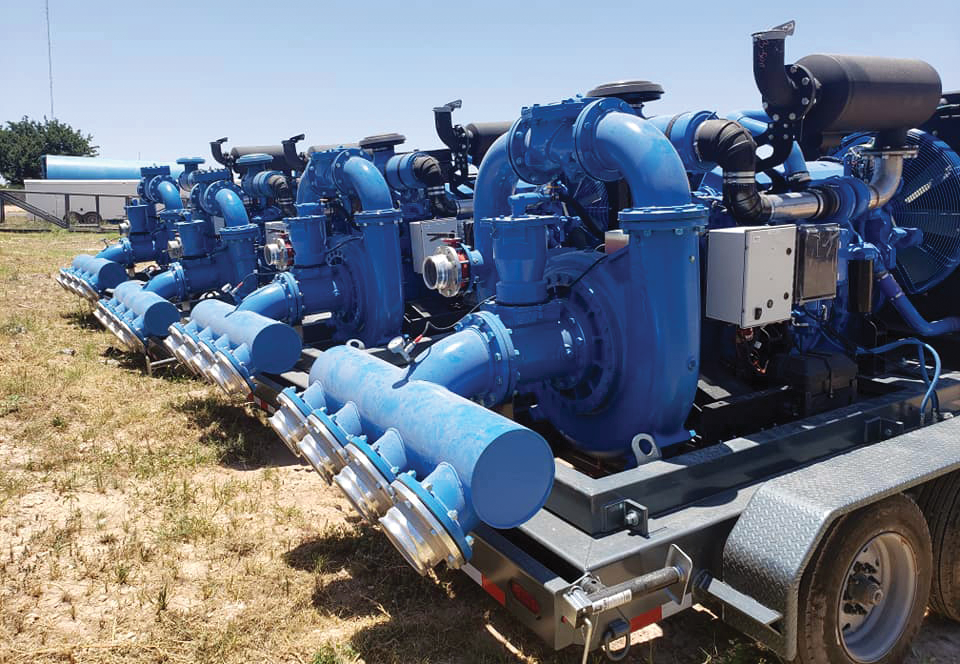 In addition to its trailer-mounted units, New Wave also automates the monitoring and control of its clients' tanks and water pits, which improves safety and delivers data faster and more reliably. Tank levels are monitored and pumps are controlled to prevent spills. Both tanks and pits are monitored for air quality and toxic, flammable hydrogen sulfide (H2S) levels, while instrumentation and automation help maintain operator safety. Tank and pit automation from netDNA consists of SignalFire self-contained gateways for wireless sensors, which talk Modbus/TCP to local groov EPIC processors, each of which also uses Node-RED and MQTT to publish data tags from its pumps. These tags cover 15 telemetry data points, including 10 stop, e-stop and other commands. Production data is also tracked and historized. If a spill or issue occurs, operators need to know exactly what the pumps were doing at any given time.

“Some engine and pump companies are hungry for automation. Some have systems, but they don’t communicate with each other,” says Arbeau. “groov EPIC makes them talk.”

Beyond automated monitoring, control and data acquisition, groov EPIC also gives New Wave's users a custom, web-based HMI, which netDNA developed using groov View, a browser-based, drag-drop-tag tool included with groov EPIC. Each trailer unit has an internet protocol (IP) radio that provides routing, 300 feet of wireless coverage, and power for a cell modem that connects to a cellular wide area network (WAN). Using their groov View HMI, authorized field technicians can use a tablet PC to access this network, and for example, run all 20 pumps in a system of pits, monitoring or changing rpms from one HMI screen.

Looking ahead, netDNA is examining Sparkplug messaging with MQTT, available in groov EPIC with Ignition Edge SCADA software from Inductive Automation. Sparkplug increases the interoperability of MQTT with useful metadata, encoding and compressing the payload to maintain low bandwidth. It also implements rigorous state tracking to make sure all clients know when data goes stale.

The groov EPICs on each trailer, tank or pit publish data to the MQTT broker, and other groov EPICs subscribe to that data. For their broker, netDNA uses its own hosted secure MQTT server. Arbeau adds his dream is a multi-use automation black box—an open-chassis skid with groov EPIC “in the middle” and SignalFire connecting to wireless sensors. He envisions not only using the skid for oil and gas applications, but also in agriculture, mining and other industries with far-flung assets that need automation and data communications.

"groov EPIC pairs real-time control and sensing with local storage, networking, and security to provide mobile and browser-based visualization, OPC UA and MQTT communications, and multiple programming options in one controller, including flowchart, ladder logic, function block diagram, and sequential function chart with Codesys, PAC Control and Node-RED," says Josh Eastburn, technical marketing director at Opto 22. "Users can also get shell access to the Linux operating system to do custom C++ or Python development or run other applications, like database servers—all still on one device.

“These functions were previously done on separate PCs with separate communications to control. Now, users can look at their system architecture and infrastructure, and get them IoT ready by using edge computing to redesign their system, reduce complexity, manage security, and run one cohesive device instead of five. They can retrofit brownfield applications with smart devices, or layer cybersecurity in front of legacy devices, so they can participate in the IoT also. It helps to think of edge computing like a smart phone: where separate devices used to be needed to make phone calls, take photos, play music and tell time, today we have one device that can do all of that. Similarly, traditional industrial devices are being replaced with edge computing devices that have data processing, storage, networking and security built in, so you can run a variety of applications on one device."

About the author: Jim Montague, executive editor of Control

PreviousWhat is the IIoT? Everything you need to know about the Industrial Internet of Things
NextUSB: Ruggedized For Tough Environments
This website uses cookies to ensure you get the best experience on our website