What is Modbus TCP/IP? 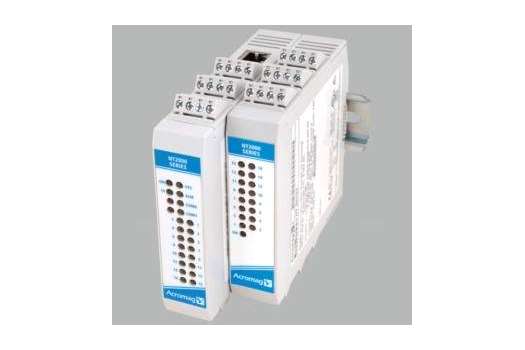 A little about the Modbus protocol

What is Modbus TCP/IP?

Modbus TCP/IP (also Modbus-TCP) is simply the Modbus RTU protocol with a TCP interface that runs on Ethernet.

The Modbus messaging structure is the application protocol that defines the rules for organizing and interpreting the data independent of the data transmission medium.

TCP/IP refers to the Transmission Control Protocol and Internet Protocol, which provides the transmission medium for Modbus TCP/IP messaging.

Simply stated, TCP/IP allows blocks of binary data to be exchanged between computers. It is also a world-wide standard that serves as the foundation for the World Wide Web. The primary function of TCP is to ensure that all packets of data are received correctly, while IP makes sure that messages are correctly addressed and routed. Note that the TCP/IP combination is merely a transport protocol, and does not define what the data means or how the data is to be interpreted (this is the job of the application protocol, Modbus in this case).

So in summary; Modbus TCP/IP uses TCP/IP and Ethernet to carry the data of the Modbus message structure between compatible devices. That is, Modbus TCP/IP combines:

Essentially, the Modbus TCP/IP message is simply a Modbus communication encapsulated in an Ethernet TCP/IP wrapper.

In practice, Modbus TCP embeds a standard Modbus data frame into a TCP frame, without the Modbus checksum.

Why Combine Modbus With Ethernet?

The complete Modbus TCP/IP Application Data Unit is embedded into the data field of a standard TCP frame, then sent via TCP to well-known system port 502; which is specifically reserved for Modbus applications. Modbus TCP/IP clients and servers listen and receive Modbus data via port 502.

IEEE 802.3 Ethernet is a long-standing office networking protocol that has gained universal world-wide acceptance. It’s also an open standard that is supported by many manufacturers and its infrastructure is widely available and largely installed. Consequently, its TCP/IP suite of protocols is used world-wide; serving as the foundation for access to the World Wide Web. As many devices already support Ethernet, it is only natural to augment it for use in industrial applications.

Just as with Ethernet, Modbus is freely available, accessible to anyone, and widely supported by many manufacturers of industrial equipment. It is also easy to understand and a natural candidate for use in building other industrial communication standards. With so much in common, the marriage of the Modbus application protocol with traditional IEEE 802.3 Ethernet transmission forms a powerful industrial communication standard in Modbus TCP/IP. And because Modbus TCP/IP shares the same physical and data link layers of traditional IEEE 802.3 Ethernet and uses the same TCP/IP suite of protocols; it remains fully compatible with the already installed Ethernet infrastructure of cables, connectors, network interface cards, hubs, and switches.

PreviousAdvantech ECU-579 Virtual Substation Server Boosts Power Grids
NextWhat Is Edge Computing? Your Complete Guide
This website uses cookies to ensure you get the best experience on our website