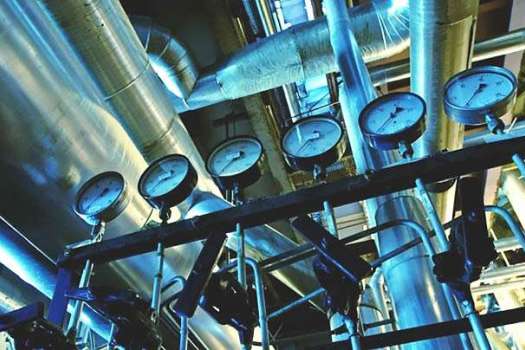 OEE is a widely used standard and best practice for improving productivity in manufacturing, accounting for three primary factors: availability, performance, and quality. Since a machine’s condition has a major impact on these factors, most plant owners invest a considerable amount of finances and human resources into maximizing machine uptimes. Monitoring and measuring basic parameters in and around valuable equipment can prolong the equipment’s lifetime while reducing maintenance costs and allowing for strategic downtime scheduling.

However, having to manually check the status of each machine in a production line is a time-consuming task that requires extra person-hours. Additionally, many machines are installed in locations where wired data communication and AC power are inaccessible or impractical. The Wzzard LRPv low-power wireless solution is designed specifically to overcome these problems by extending the network edge. 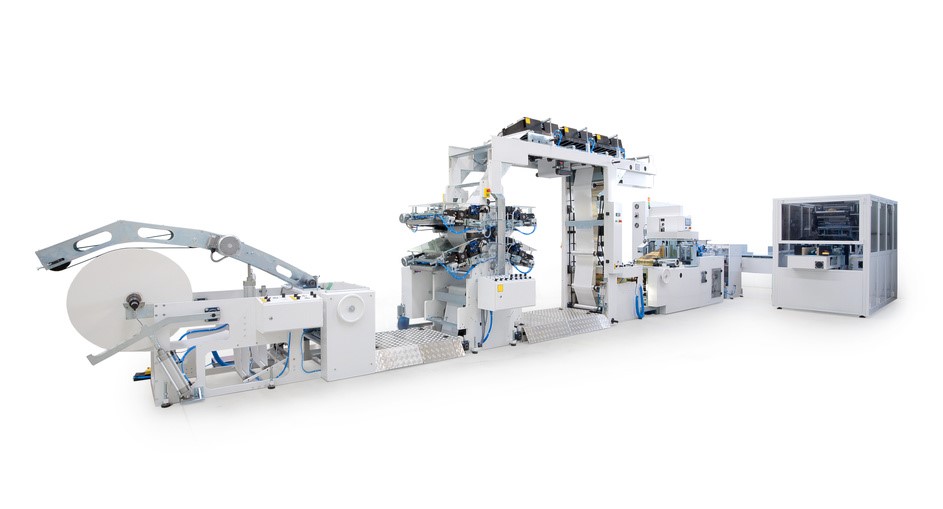 There are many instances where preventative measures can benefit manufacturing operations. For example, monitoring condensate conductivity on a boiler can indicate whether a cooling water leak has occurred long before hydrogen embrittlement of the boiler's furnace tubes causes furnace failure; installing a current sensor on a power lead can reveal when a machine is beginning to draw more power, indicating an emergent problem; and measuring the temperature of a pump can inform operators of when to shut it down to avoid heat damage.

By tracking sensor data over a network, manufacturers can receive an early warning of any potential losses and take immediate action to prevent unforeseen production shutdowns. Such tracking systems have already been implemented by many manufacturers, but these can be made even more effective by incorporating smart IoT technologies to realize remote control and cloud management.

Advantech’s Wzzard LRPv Node and SmartSwarm 243 Gateway can be used to establish low-power wireless sensor networks with LoRa technology, and this can enable the reporting of data to your computer or cloud application via a central network gateway. The most useful gateways can utilize both wired and wireless data connections, meaning that that you can position them in most locations. 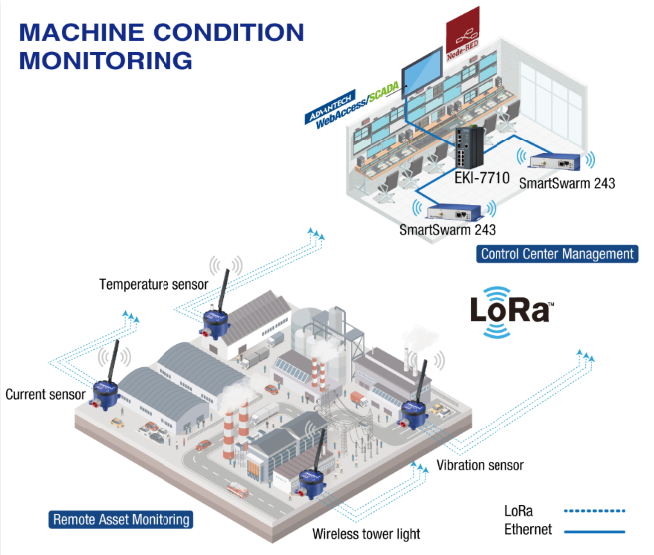 Establishing a machine monitoring system to help users control, monitor, evaluate, and make decisions requires some knowledge key product features so that the most suitable products can be selected to maximize their benefits.

Advantech’s Wzzard LRPv Node can connect up to four sensors simultaneously and is ideal for production lines that have many sensors or for applications where there is limited space for additional devices. The software is specifically designed to be customizable so as to accommodate the most sophisticated of monitoring plans.

Because the Wzzard LRPv Node offers high flexibility in both hardware and software aspects, it frees users from having to deploy an infrastructure-heavy wireless network, meaning that resources can be allocated to other more critical investments.

Advantech Wzzard LRPv Solution is a highly integrated LoRa sensing platform from I/O sensor data to Network Protocol. The Wzzard LRPv Node and SmartSwarm 243 Gateway can be used to form a private sensor network. The most useful aspect of Wzzard LRPv network gateways is that they can connect to your application server or SCADA for data access using the MQTT protocol via either an Ethernet or wireless data network.

The described features make it possible to place sensors and Internet gateways in locations that have no access to AC power or wired Ethernet. The 3AI/1DI design for multiple sensor applications as well as the customizable software for complex monitoring planning has simplified the process of deploying wireless networks, and the high flexibility of the dual power-saving modes and alarm system can minimize costs by conserving power saving and preventing machine downtime.