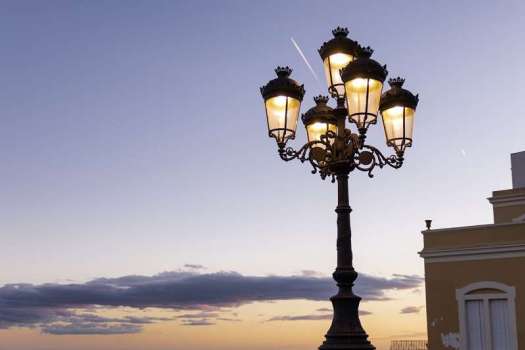 However, public lighting is among the most significant—and expensive—infrastructure assets owned by municipalities and utility providers; often consuming up to half of a city’s total energy budget. As lightening companies throughout the Czech Republic face public and regulatory pressure to become more energy efficient and provide citizen with improved security, they are finding areas where Advantech can deliver immediate benefits.

An Advantech customer operating in the public lighting market across the Czech Republic knew they could cut operating expenses by setting up systems for real-time remote monitoring and control. By equipping streetlights with photoelectric sensors, the provider looked to cut overall power usage while ensuring the bulbs lasted longer than before. Remote sensors would monitor bulb health, making it possible to dispatch maintenance crews more efficiently.

Communicating with the streetlights presented challenges; the lights were located all over the country and many were installed to enhance security for only single users on commercial and residential private property. The key challenge was to find sensors that could report to the control center and receive instructions back in return.

Every project has different requirements in terms of range and bandwidth. In this case, there was no need for the massive bandwidth associated with fiber optics. Advantech noted that installing and maintaining a fiber cable network would be enormously expensive and quite unnecessary. Instead, we suggested making use of cellular telephone networks. Cellular networking provided ample bandwidth for the application, as well as the necessary range. 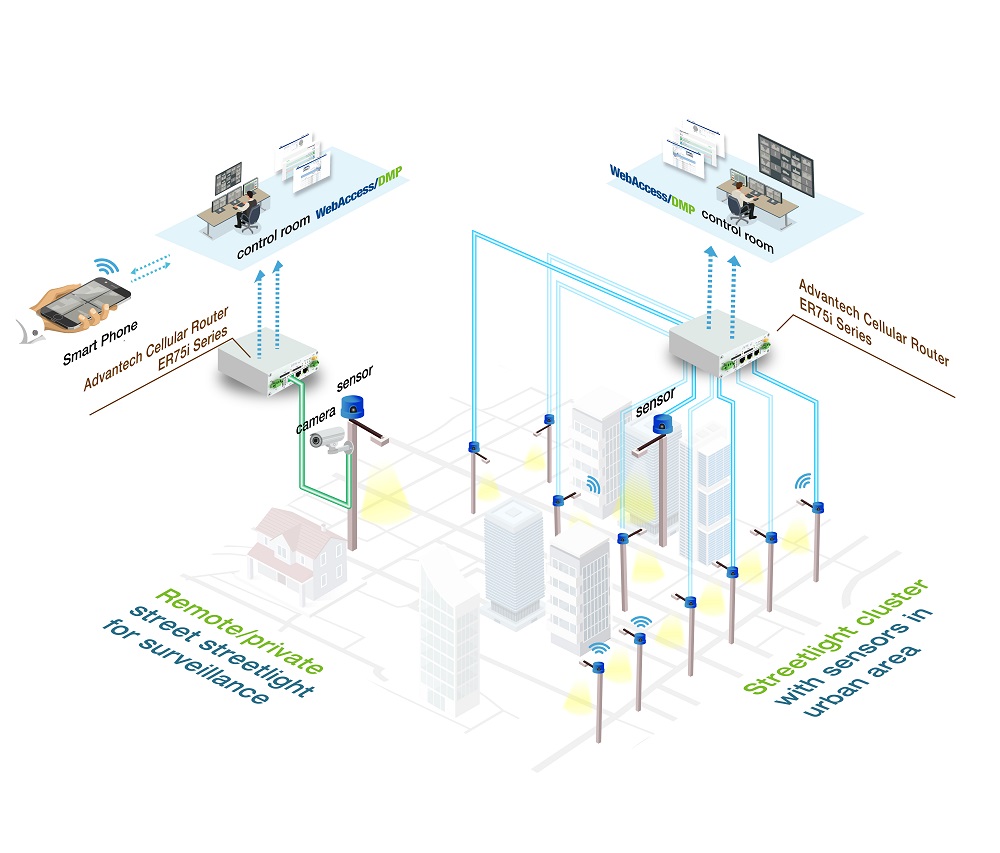 Advantech equipped the remote locations with our ER75i cellular routers. The routers provided Internet connectivity for the remote sensors and allowed them to communicate wirelessly. Where lights were clustered close together, the routers created a local area Ethernet network and a single router managed the entire group. In certain instances, Advantech routers provided connectivity for additional equipment like security cameras and motion sensors. 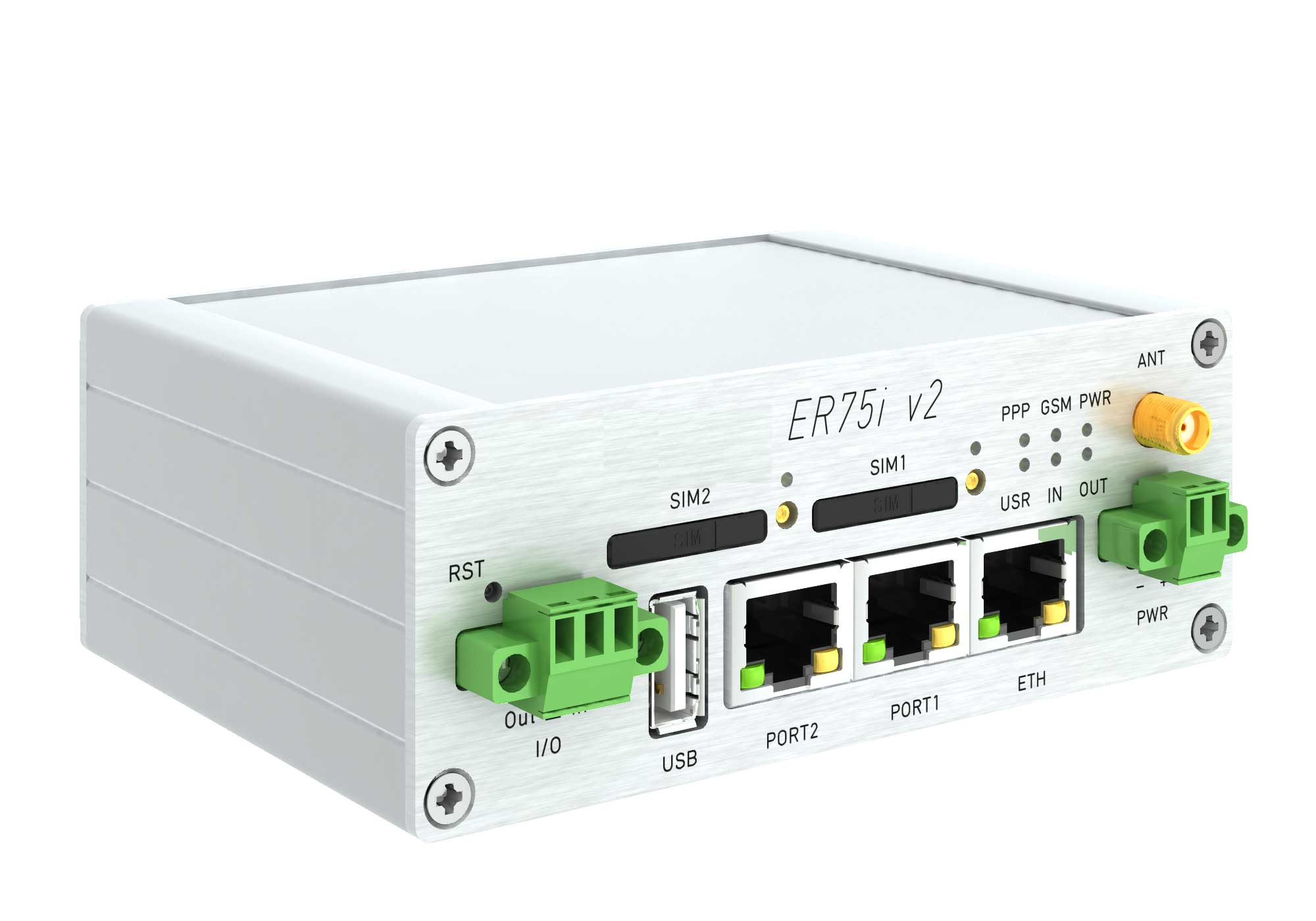 The ER75i router not only provided connectivity and control for remote devices, it could also be configured with custom scripts to support custom functions. Users relied on Linux, C, C++ or the Python language, for development (Linux was the recommended choice). Advantech provided a downloadable library of scripts and users modules, from our Modbus TCP to Modbus RTU module, which allowed Modbus RTU data to flow over TCP/IP networks.

WebAccess/VPN strengthened the security functions and data acquisition ability of Advantech routers. All data was delivered through a secure VPN tunnel. WebAccess/DMP, our device configuration, diagnostics, and management platform, lets users manage and configure their Advantech routers from a single location. It displayed the entire device population right on the desktop.

WebAccess/DMP not only saved time and money after the devices were installed, but the zero-touch provisioning feature dramatically reduced the cost of the installation process. When a new, unconfigured device was installed and powered on, it automatically downloaded the initial configuration and user module from the central provisioning server. This meant that new units could be installed by electrical contractors who possessed no specialist knowledge of any kind. It also meant that new devices could be installed at any time.