EtherNet/IP versus EtherCAT: What’s the difference? 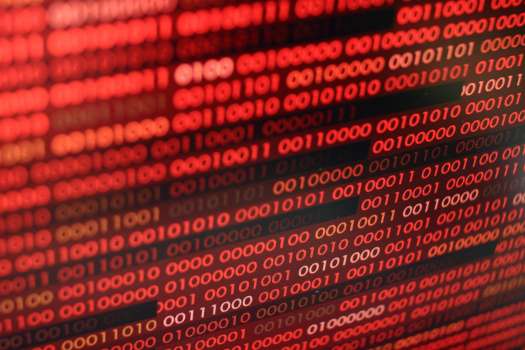 According to the Open DeviceNet Vendors Association, EtherNet/IP is “the name given to the Common Industrial Protocol (CIP), as implemented over standard Ethernet (IEEE 802.3 and the TCP/IP protocol suite).” It was developed for industrial automation and process control applications by Allen-Bradley (now Rockwell Automation) and was released in 2001. Although it is primarily supplied by Rockwell Automation, its adoption rate is highest of all the Industrial Ethernet networks, with an estimated 15% market share.

The Open DeviceNet Vendors Association (ODVA) is the international association that manages EtherNet/IP and CIP.

EtherNet/IP defines two types of communication: explicit, which is used for as-needed data such as information, and implicit, which is used for data that needs to be sent in real-time. Explicit messages are transmitted via TCP, while implicit messages (which require high speed and low latency) are sent via UDP. Implicit messages can use the producer-consumer model. In this model, a message is transmitted one time, regardless of the number of consumers, and is consumed simultaneously by many nodes (devices) on the network (a technique referred to as multicast communication). The producer-consumer model provides efficient use of the network’s bandwidth and higher overall speed, especially when multiple consumers need to receive the same data from a producer. 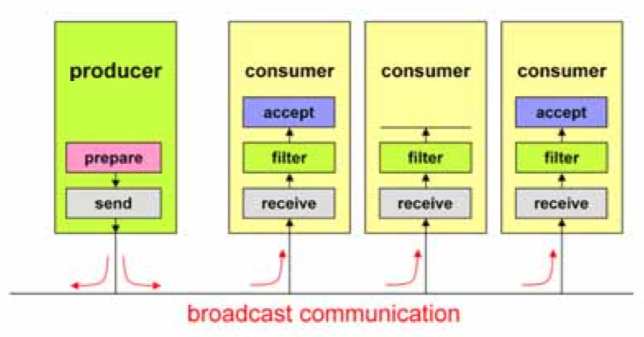 With the producer-consumer communication model, data is transmitted from the producer just one time, and each consumer filters and takes only the data intended for it.
Image credit: EtherCAT Technology Group

Despite its standardization and high-speed data transmission, EtherNet/IP does not inherently provide real-time performance or guarantee execution within a certain time frame. This is because TCP/UDP/IP data packets can arrive at any time in any order, from any device. Thus, EtherNet/IP in its basic form is not an ideal solution for synchronized motion control tasks.

To address the need for multi-axis, distributed motion control, the ODVA has developed several network extensions, known as CIP Motion and CIP Sync (for clock synchronization between axes), that enable EtherNet/IP to provide deterministic, real-time, closed-loop performance while still maintaining compliance with Ethernet standards. However, these extensions add cost and complexity to an otherwise simple, standard network architecture.

The Common Industrial Protocol (CIP) is a network application layer for real-time industrial automation applications. CIP defines the object structure and message transfer, allowing different devices to be accessed using a common mechanism. Each device on the EtherNet/IP network presents itself as a series of data values called attributes, which are grouped into sets of objects.

CIP is also used in DeviceNet and ControlNet, so they share an object library and device profiles with EtherNet/IP. This provides plug-and-play compatibility between devices from different vendors, as well as real-time I/O messaging, configuration, and diagnostics over the same network without custom software.

EtherCATEtherCAT (Ethernet for Control Automation Technology), introduced in 2003, was developed by Beckhoff and is now managed by the EtherCAT Technology Group (ETG). Like EtherNet/IP, EtherCAT is built on the Ethernet physical layer. But instead of using TCP/IP for transport and routing of messages, EtherCAT uses a “processing-on-the-fly” (also referred to as “communicating-on-the-fly”) approach.

In this approach, the EtherCAT master sends a telegram (data packet) that passes through each node, or slave, (typically a drive or I/O device). A unique feature of EtherCAT is that the networked slaves can read, or extract, only the relevant information they need from the telegram and can add data to the telegram before it travels to the next slave. The telegram travels through all the connected slaves and then returns to the master. 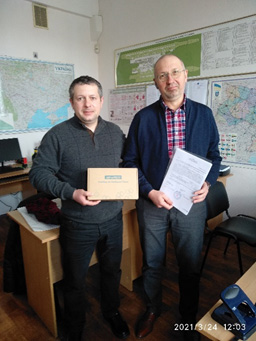 With EtherCAT, a telegram is sent from the master to all the slaves (nodes). Each node can read data relevant to that node and can add data to the telegram before it travels to the next node.
Image credit: RealPars B.V.

Reading and writing to/from the telegram is enabled by a special ASIC on each EtherCAT slave. This hardware-based approached means that each slave introduces minimum latency (delay) to the process, and collisions are not possible. Network commands on an EtherCAT network can be processed at speeds that rival those of analog-based systems.

EtherCAT is well-suited for synchronized, multi-axis motion control “out of the box,” and doesn’t require additional hardware to achieve synchronization between multiple axes. However, the number of devices that can be connected via EtherCAT is limited, and it comes with a higher price and less standardization than EtherNet/IP, potentially making integration more difficult.

PreviousData Acquisition Solution with Ultra Compact IPC
NextPost release of the Industrial Internet of Things - Technology or Marketing Conference?
This website uses cookies to ensure you get the best experience on our website