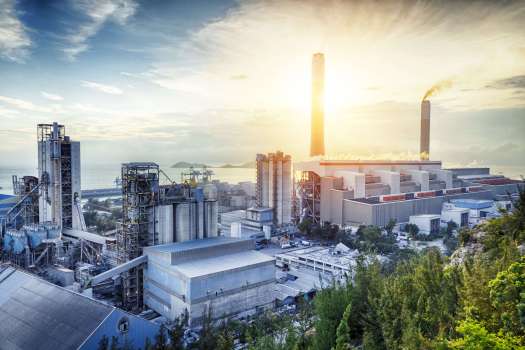 The Shaanxi Coal and Chemical Industry Group has built the world’s largest coal chemical project of its type, in which processes such as the pyrolysis and hydrogenation of raw coal are used to produce end products including high value-added materials, battery electrolytes, biodegradable plastics, and special oil products. The plant required a television surveillance system for monitoring production and safety. This system would require installing video cameras at production units, shared spaces, and auxiliary buildings. The video signal would then be uploaded via digital signals through industrial-grade gigabit optical converters and a proprietary video LAN to a central control room, where it would be viewed and stored.

The solution adopted a star network structure with three layers: an access layer, convergence layer, and a core layer—which would each be linked with Ethernet connections. End terminals with cameras were set up at locations where surveillance and operations took place, which would each be connected to a dedicated security monitoring network. The inputs from the high-resolution network cameras in the access layer were received by Advantech IMC-370I-SFP-A mini hardened media converters, which were installed in the camera housing chassis with Advantech EKI-2725FI-AE unmanaged Ethernet switches. The signals would converge on the Advantech IMC-318I-US hardened centralized powered media converter chassis in the control room, which would also provide power to converters. This formed a dedicated monitoring LAN for the video surveillance system, adopting a system architecture based on IP applications with full switching and direct data storage. Furthermore, the video data from each surveilled area would be connected to the comprehensive management and storage platform in the control room, thus enabling the management of all system devices from a central location and ensuring the safety of the plant’s working environment regardless of the long distances between each site. The multiple advantages of this design:

The EKI-2725FI series of Ethernet switches can handle input from multiple cameras, which allows the system to be expanded if necessary in the future. 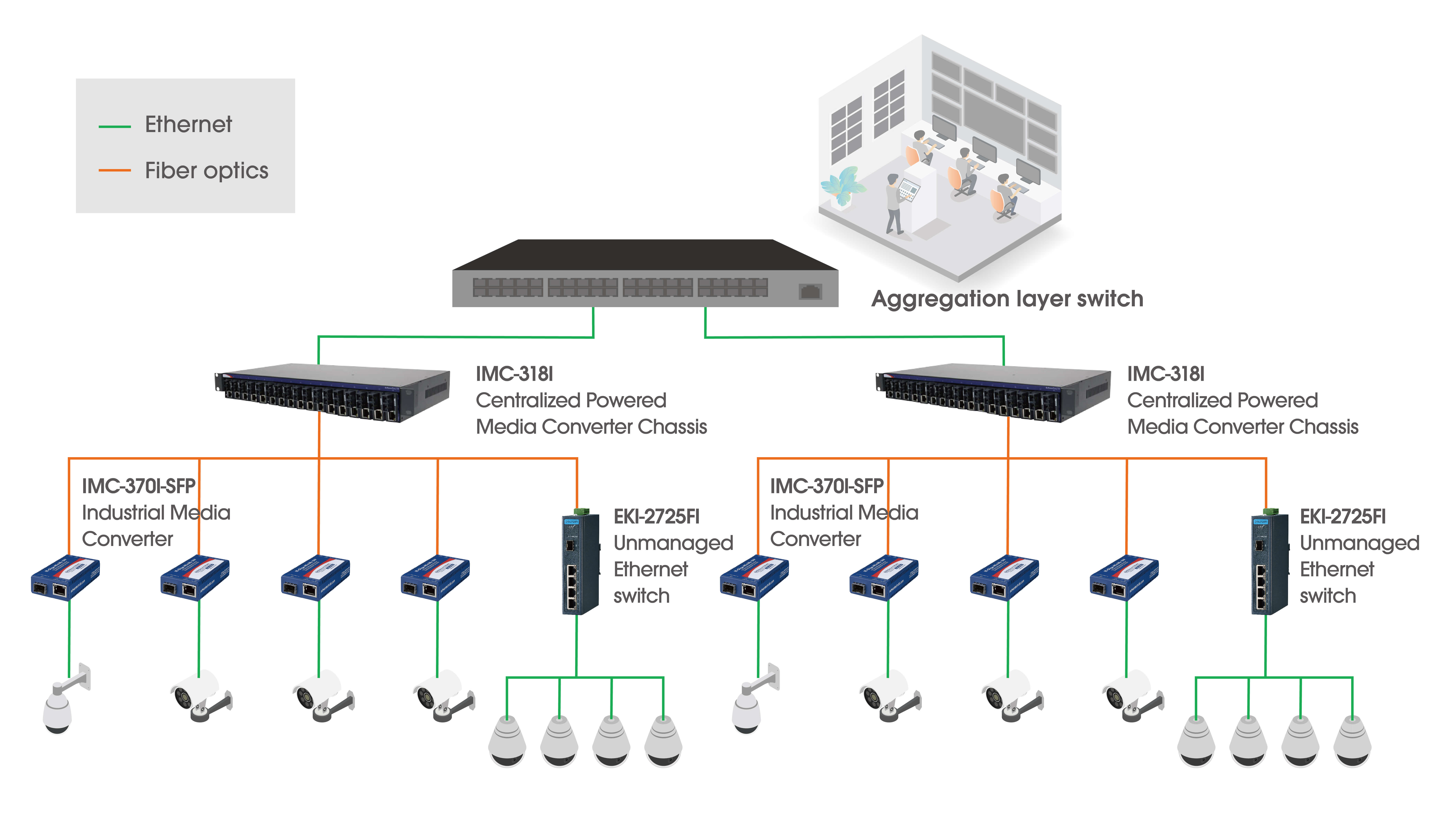 This system is an example of a television surveillance and monitoring system implemented in an industrial setting for safety and security purposes. By installing network cameras to oversee key areas, then transmitting the data from the terminal cameras to a central control room through a dedicated LAN composed of optical converters, Gigabit Ethernet connections, Ethernet switches, and media converter chassis, the customer had a monitoring system that is robust, easy to control, and expandable to ensure the safety of both people and property.

PreviousVisualization solution for use at the airport