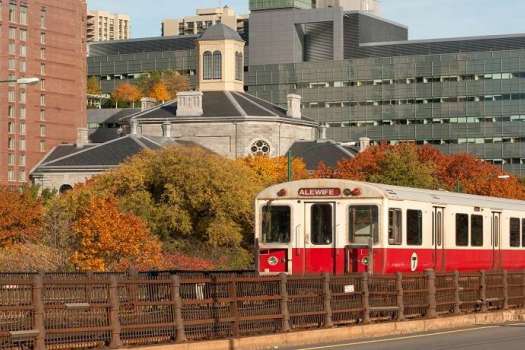 With the advancement of network technology, more and more rail trains are now network ready. In subway systems—a crucial part of urban transit—4G and WiFi networks are becoming prevalent as the preferred train-to-ground communication architecture. By setting up an IP network solution for train remote monitoring, traffic control centers and dispatching rooms can seamlessly communicate with the train driver while monitoring the train cabin through the NVR. This type of solution can also update the passenger information system (PIS) content in the cabin in a timely manner and facilitate remote train management.Lorem Ipsum is simply dummy text of the printing and typesetting industry.

In response to the growing wave of networked rail trains, manufacturers and contractors are investing in research and development. However, a range of problems are commonly encountered when developing new trains: How to design a subway train that can adapt to different cities, regions, or countries while meeting full compliance and/or only making minor adjustments; and how to reduce compatibility issues caused by different product combinations. If the two major problems cannot be properly resolved, the product launch of new trains can be negatively affected. This can result in penalties due to a failure to meet contract delivery deadlines.

Advantech's train-to-ground wireless communication solution for rail trains provides the ability to switch between different network services and carrier services to meet the needs of multi-network or multinational network applications. Moreover, the solution includes all the hardware needed for the trains’ network connection—eliminating the need to search for products and perform compatibility testing. This enables train manufacturers to focus on train development, expedites project completion, and ensures on-time delivery of new trains to the project owner.

A world-renowned train manufacturer and solutions provider won the bid for the refurbishment of Boston Metro trains in the United States. This contract required the delivery of hundreds of next-generation IP trains. To balance the efficiency and safety of subway operation while providing a convenient and comfortable ride experience, train manufacturers needed to meet more than 100 strict standards in the United States in terms of vehicle structure, safety control, and quality management.Lorem Ipsum is simply dummy text of the printing and typesetting industry.

Additionally, the train manufacturer usually selected hardware products from different suppliers to complete the development of IP trains. However, this process created complications; there were often technical difficulties during the consolidation and testing process. Due to difficulty in sorting out responsibilities, the process cost the developer considerable time and effort in solving these problems.

Therefore, to focus on the development of new trains, the train manufacturer decided to purchase hardware from a single supplier that satisfied the following conditions:

The three Advantech products were designed for railway applications and therefore had some equivalent specifications. For example, the products passed the EN 50155 international standard. The anti-vibration, anti-shock, and anti-interference capabilities were in line with railway applications: M12 connectors were equipped to prevent loosening caused by vibrations from the moving train and the size of the product also met the compact size requirements of the project, which saved on installation space and could be conveniently deployed in the train compartment. The wide operating temperature range (-40°C to 70°C) ensured that the system worked as normal in both high and low temperature environments. When a train headed back to the maintenance plant without an air conditioning system, operators didn’t have to worry about the low winter temperature in Boston affecting system operation.

In addition, the in-vehicle network was constructed by the two EKI products. The EKI-9502G, which provided up to eight SIM card slots, four LTE modules, and two WiFi modules, was key to implementing multi-network or transnational network services, and provided automatic network switching. Through Advantech's latest industrial-grade cellular router, the train received signals with LTE modules during operation. When the train entered the station or returned to the maintenance plant, it connected to the WiFi to transmit signals, thereby saving network communication costs. If the SIM card signal of a certain telecom operator was weak, the EKI-9502G automatically switched to the SIM card of another carrier or converted from LTE to WiFi according to the strength of the signal, thus ensuring that the train was always connected to the network.

The project installed two ITA-8100s in the locomotive, serving, on the one hand, as the driver machine interface, and, on the other hand, as a CCTV connected to the network video recorder (NVR) to show images of each car. In addition to the functions mentioned above, the ITA-8100 also provided an automatic brightness adjustment function to prevent flickering of the light source when the train entered and exited the station—allowing train drivers to remain comfortably focused on the screen without making manual adjustments. This feature helped prevent the risk of driver distraction.

The Boston Metro train refurbishment project was successfully completed and Advantech's comprehensive service was recognized by the train manufacturer. The manufacturer will continue cooperating with Advantech on train network modernization projects across the United States and Europe.